Cine TV Contest #30 - Movie That Made You Fall Asleep! 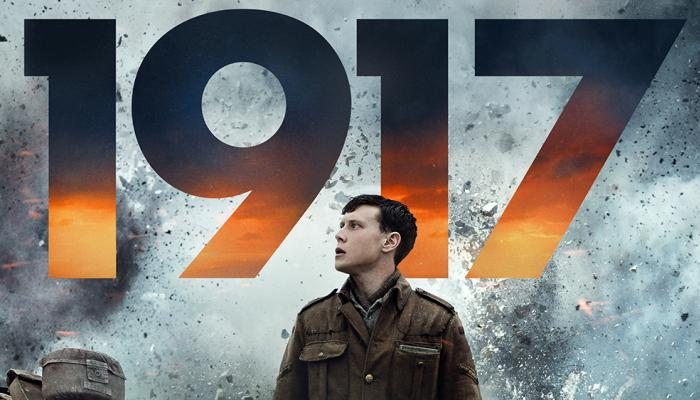 In fact, although this film was very expressive and carries a lot of human meaning, as I will mention to you in the review below, many people were affected by this film to the point of crying, as the film told us the tragedy of wars and the difficult moments experienced by soldiers, but looking at a movie We did not need all that drama in a war movie that had to be filled with excitement and action, so I classify it as one of the films that made me sleep.

In April 1917, in the First World War, the German forces withdrew from the western front of northern France, which led to the discomfort of the English, and they knew that it was a tactical withdrawal to carry out another attack, and the telephone lines with the other battalions of the English army were cut. Shire to withdraw from an attack on the German forces, which will cause losses in the death and injury of one thousand six hundred 1600 British soldiers after General Warren knew that this was a trap from the German forces.

The script was written by Sam Mendes and Kristi Wilson. The script was written in a purely human way, as there is no atmosphere of American propaganda in war films, and in the 1917 movie, there is no propaganda for the British army at all, and all the dialogues had humanitarian meanings on the extent of the bad war and the dialogues never depart from the atmosphere of war, as all dialogues It was about how to send the message to the second front of the British army to withdraw to carry out the attack, which was originally a trap by the Germans. The war events are the dominant dialogue and they move the events forward. There is no interference from the heroes, but the war is the one that governs what happens.

He puts again in his film wheel, the 1917 film, a toxic effort that is clear in the film. The war environment was transferred well, the clothes and decorations were in their best condition, and long scenes were also filmed well, but the important factor in the film, which Sam wanted to present is not war or military equipment, but the human aspect of soldiers to save the lives of 1,600 soldiers from a major massacre, but I feel that the film is influenced by the movie Dunkirk in filming the scenes and not only at that point, but also Dunkirk was carrying the human side of the soldiers and how to escape from the horror of war and here is also present in the 1917 movie.

The film starring only two people, Dean Charles Chapman and George MacKay, and any other actor who was a guest of honor, and the two heroes presented the best that could be presented in the film.

The soundtrack by Thomas Newman is at its best and is highly reliable and was a distinct part of the film, like the rest of the elements.

Cinematography by Roger Deakins, who is the most famous photographer in Hollywood currently and has shot films such as Blade Runner 2049 and Skyfall, and his efforts in the film are very clear, especially since there are very long scenes, but Roger proved himself in those scenes, but his style is similar to Hoyt van Hoytma who filmed Dunkirk . I remember watching this movie and while it was boring to watch. It teaches a lot of lessons, the pains and disasters caused by wars, and that we can overcome any obstacles coming our way.

Very long scenes lead us to sleep for sure
!1UP

Hello and thank you for posting on CineTV. I am going to request that you please include a source for your images.